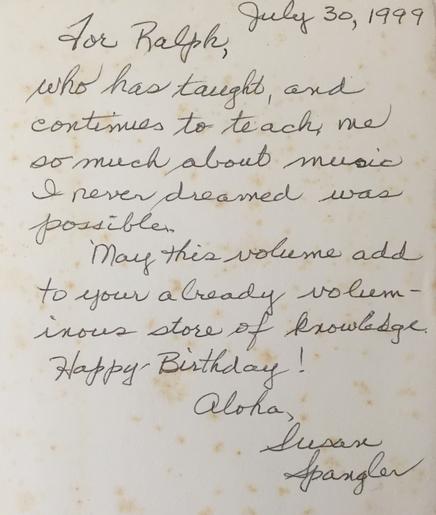 From Susan Spangler, president emeritus of the Honolulu Symphony Associates: 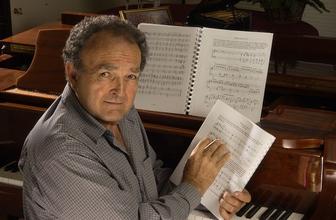 Connect with us on social media

Ralph Hedges was born in 1933 in Denver, Colorado of musical parents.  His father was music professor at the Lamont School of Music at Denver University, and his mother was harpist in the Denver symphony. His early piano lessons were with his mother along with theory lessons from his father.

He was enrolled in Denver University with full scholarship under Dr. Guy Maier.  He also attended the master classes of Josef Lhévinne, and Dalies Franz.

His parents were divorced when he was 12 years of age, whereupon his mother took him to California where he performed on the FM ‘Young Artists’ program in Berkeley.  Upon graduating from high school he accepted a position in the Honolulu Symphony where he performed for the next eight years.  He also accepted a teaching position at the prestigious Punahou School, teaching piano and music theory.  Four of his students were winners in the Pinault International Piano Competition in New York.  They performed before the musical elite in Steinway Hall.

In 1990 he founded the Chopin International Piano Competition of the Pacific that had its first competition at the newly renovated Hawaii Theater in downtown Honolulu.

In 2015 he was chosen as a judge in the Enkor Piano and Violin competition based in Dusseldorf, Germany.

He has written many books on music theory and has a complete analysis of much of the work of Chopin, Bach, Beethoven, and Debussy.  He believes that the so-called ‘popular’ song is the better and more enjoyable way to learn the language of music, aka music theory.

This site exists for the purpose of resolving the many issues of current piano study and music theory that are illogical, incorrect, and extremely harmful. These issues are...

All music theory texts lack sufficient definitions. Definitions that are included are unilateral without the possibility that words may have more than one meaning depending on context. This is not indicated in theory texts or music dictionaries.

The study of music theory has little implication for the piano student. Theory exists only for itself. Theory therefore, is really not an issue. The pianist should be focused on what is there in relation to musical elements of patterns, functions, characteristic intervals, etc.

The piano student has one method of piano practice; practice and memorize... practice and memorize. There is no learning in practice. Memorizing a piece of music is not learning, but ‘parroting’ by playing over and over until it is eventually memorized but with no understanding or awareness of what is there.

Music is a language with its syntaxes, vocabulary, and harmonic qualities. It is regarded mostly as a concatenation of notes and little else. Notes are memorized, notes are read, and notes are corrected. Patterns, modulations, and functions, etc. are foreign concepts to the pianist, piano student, and piano teacher. Yet they are the basis of understanding the language of music. No theory text exists to address those concepts.

The combination of theoretical agents is one the most glaring issues of music theory. The combination of functional symbols along with figured bass indications is one of the worst. ‘V7’ is an example that combines harmonic function with figured bass that results in the error of regarding it as a symbol of harmonic quality, which it is not. Combining quality with function is another problematic issue, viz, ‘ii-V-I’. These combined agents may be currently fashionable, but lead to greater misunderstanding than they inform.

Symbols for all harmonic qualities have been created except for the dominant that has no symbol, viz, M, m, o, and Ø. There is none for the dominant. None whatsoever. And there lay the greatest enigma in all of music theory. Is it somehow necessary that the dominant exists without a symbol for its quality? One can only wonder.

Articles, lectures, demonstrations, and performances will correct the many errors as enumerated above. They will be forthcoming in this site on a regular basis. Look for them. ​